Robert Deigh is a communication professional with more than 25 years of experience in public relations, public affairs, marketing and journalism. He helps organizations large and small increase their visibility and build their brands by creating strong and positive relationships with key audiences -- including the news media. Deigh has worked with many associations and other membership organizations in education, healthcare, entertainment and other fields as well as Fortune 500 companies, the military, the federal government and high-technology firms.

Deigh is author of a popular PR book for small businesses: "How Come No One Knows About Us?" (W Business Books, Los Angeles). The book has won three national awards for excellence in business writing. He is also a frequent speaker to organizations on using smart public relations strategies and tactics.

Deigh was director of corporate communication for Blackboard Inc, in Washington, D.C., an Internet education company. Before coming to Blackboard, he was communication director of two divisions of America Online, Inc., and he was senior vice president of a public relations/public affairs firm. Deigh served for seven years as director of communications of the national PBS (Public Broadcasting Service) television network.

An award-winning writer and television producer/director, Deigh has more than a dozen years of journalism experience. Before joining PBS, he was an associate editor of U.S. News & World Report magazine. He has written for a number of other national and regional magazines as well as newspapers, television and radio outlets.

Paul Furiga is chief storyteller, founder and CEO of WordWrite Communications. A respected crisis counselor, Paul was honored by the Pittsburgh chapter of the Public Relations Society of America (PRSA) with The Renaissance Hall of Fame Award. The chapter’s highest honor, the award is presented to a veteran public relations professional who has made a substantial impact in the Pittsburgh region. Paul and his WordWrite team have specialized experience in infrastructure, construction, and manufacturing public relations.

WordWrite has received numerous awards for its work, including PRSA awards for media relations and social media, and International Association of Business Communicators for speechwriting and organizational identity. Paul’s passion for storytelling inspired him to form WordWrite. He is writing a book on the importance of storytelling in business with the working title Why Your Story Trumps Your Brand. The book details the business success of authentic stories shared by fluent storytellers who continually read their audiences to ensure they are engaged. The book builds on WordWrite’s proprietary storytelling process, StoryCrafting℠.

Before founding WordWrite, Paul was a vice president at Ketchum Public Relations, where he served clients including Bridgestone/Firestone, Delta Air Lines and Rutgers University. While there, his team won a PRSA Silver Anvil.

Previously, Paul spent two decades as a journalist, including stints as deputy bureau chief and a correspondent for Thomson Newspapers Washington, D.C. bureau, where he covered Congress, the White House and four presidential nominating conventions. He also was editor of the Pittsburgh Business Times, senior editor of OhioWeek magazine and a reporter for The Cincinnati Enquirer.

Paul went to Washington as a Congressional Fellow of the American Political Science Association and worked as legislative aide to U.S. Sen. Paul Simon of Illinois before he became issues director for Sen. Simon’s 1988 presidential campaign, leading a staff responsible for speechwriting, debate preparation, position papers and opposition research.

Paul graduated from Miami University of Ohio with a degree in mass communication. He is an Accredited Business Communicator (ABC) through IABC. Paul is active in his community, serving as vice chair of the River City Brass, on the boards of Fragasso Financial Advisors, The Rivers Club and the IABC Pittsburgh Chapter. As a member of Public Relations Boutiques International (PRBI), Paul and WordWrite work in close coordination with Media & Communications Strategies and other members to fully service their client's needs.

Irene Maslowski is the President of Maslowski & Associates, a public relations consultancy in Roseland, N.J. founded in 1988, serving clients in the corporate, non-profit, government, and business-to-business arena.

Prior to founding her company, Irene was the Assistant Public Relations Director for Jewelers of America, Inc. in New York City. In this role she was responsible for all public relations and communications activities related to the association’s bi-annual trade shows and for the employee relations program.

During her career, Irene has developed countless strategic communications programs for non-profit and corporate organizations. She has served as the editor of numerous newsletters and company publications and has been a contributing editor to various publications. As an experienced professional working with print editors and broadcast producers, she has obtained media placements for her clients in such outlets as Woman's Day, Ladies Home Journal, Better Homes and Gardens, The New York Times, CNN, The Wall Street Journal, and CBS's Health Watch, and NBC Nightly News.

Mr. Blanchard has more than 18 years of experience working with law firms. As a Principal of Law Practice Advisory Group LLC, located in Rochester, NY, his primary areas of expertise include strategic planning, mergers and acquisitions, partner compensation and capitalization, financial management and general counseling. Mike is a partner with Media & Communications Strategies law firm counseling and tie-up business including work with the India National Bar Association.

He began his career serving in the legal industry at Skadden, Arps, Slate, Meagher & Flom, LLP as an internal management consultant. He later went on to serve as Skadden's Supervisor of Financial Planning & Budgeting and then Manager of Business Planning & Analysis. In 1995 Mr. Blanchard became Chief Operating Officer for a large regional general practice law firm and then moved on to serve as Executive Director for one of the nation's leading intellectual property law firms. Mr. Blanchard holds a Master of Science in Legal Administration.

Alan is an outstanding communicator; familiar with the media and government from an insider's perspective. He has the business savvy of an investigative reporter to distill complex issues into understandable and useful information. Alan joins MAC Strategies after being a congressional candidate in the Tampa, FL area for the Hillsborough County, 15th Congressional district during the last mid-term election cycle.

He is the recipient of the 2007 George Foster Peabody Award, one of journalism's highest honors, and other notable awards, during his decades-long career as an investigative journalist for the major TV networks and in local news.

Public Relations Boutiques International™ (PRBI) is an international network of boutique public relations firms. The principals of member firms are experienced practitioners who have held senior positions in large PR agencies and/or corporations but now put service first and work directly with clients.

They also represent memberships in the most noteworthy international public relations and business associations. For more information, visit http://www.prboutiques.com.

Pete Webb, MAC Strategies Practice Partner Founder and Principal of Webb PR. Give him a name; he'll come up with the phone number. Pete, founder and principal of Webb PR, is a walking, talking telephone book. Like everyone in his office, Pete comes from strong media lineage – 13 years as an award-winning investigative television reporter in five major markets. But, in 1983, Pete Webb left the news business and joined the public relations ranks on his way to creating one of Denver 's and the Rocky Mountain West's most recognized PR firms. Pete and his team are known for their willingness to tackle tough assignments such as labor negotiations, environmental spills, water rights, food safety issues and the introduction of gaming in Colorado. Pete, for instance, has been trained by FEMA in Integrated Emergency Management at its training facility in Emmitsburg, MD. His ability to herd cats came in handy during the firm's management of media logistics during the opening of Denver International Airport, one of the largest public projects in the world, drawing international media. Other clients include: Colorado Department of Transportation (CDOT) and the Colorado Lottery, Anheuser-Busch, Cricket Comfortable Wireless in Colorado, heading up the PENTAX USA team and the representation of the Laurie family during their subsequent purchase of the St. Louis Blues, the Kiel Center and the Vancouver Grizzlies.

Greg Feith is a MAC Strategies Practice Partner and former senior NTSB accident investigator with a wide range of aviation investigative and safety experience. He has investigated hundreds of general aviation and air transport airplane accidents during his more than 20 years with the Safety Board, from Cessna 150's through Boeing 747's. He consults on aviation issues for clients impacted by public, media and government relations.

Greg has won numerous NTSB awards and was a recipient of an Aviation Week and Space Technology magazine Laurel Award in 1996 for his leadership in the investigation of the Valujet DC-9 in-flight fire accident in the Florida Everglades. He also received the 2001 Embry-Riddle Aeronautical University Distinguished Alumni Award for "extraordinary distinction and success in the field of aviation and achievements".

He is widely known and respected for his frequent public speaking engagements ranging from elementary schools to professional aviation groups and trade associations. Greg has also acted as technical advisor in television and the movies. He is a contributing writer to Business & Commercial Aviation magazine and can be seen regularly as a guest aviation safety and security expert on NBC, MSNBC and other networks. In his spare time he also hosts "Hangar Flying Today," a weekly 2-hour aviation radio program in Denver, Colorado

Michael Farr, Strategic Counselor for MAC Strategies and President of Farr Miller & Washington and Farr Consulting. Focused on investor relations and business relations clients, Michael’s professional services firms are national leaders in investment results and strategic counseling for high profile, high net worth individuals, corporations and organizations. Michael advises or has advised such individuals and corporate representatives, including a founder of AOL, leaders at Chevy Chase Bank, professional athletes and celebrities and other notables connected with The White House, political leaders and even the government of Russia. Michael is available to advise MAC Strategies clients on media, government and business strategies. Additionally, MAC Strategies have access to all of Michael's associates, for instance, former US IRS Commissioner, Sheldon Cohen, Esq. has joined Michael’s businesses and is available for consultation. Michael regularly appears in the highest profile news media as one of the world's most respected investment and business image experts in the world. 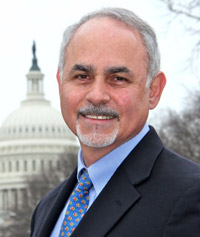 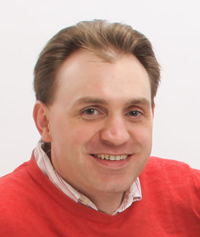 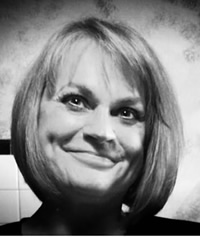